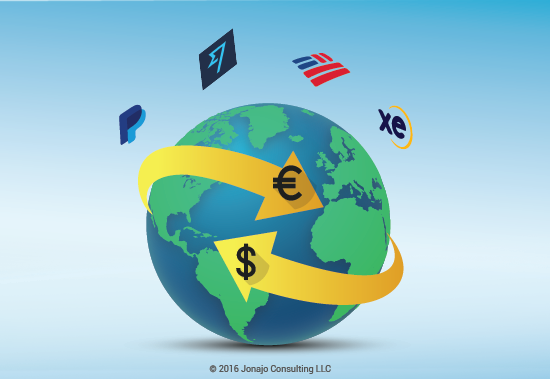 This table shows the percentage ranges: 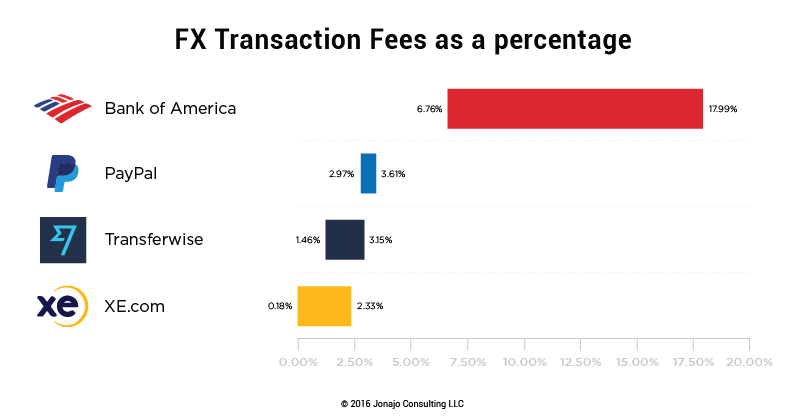 From this table we can see that XE.com is the most economical way to transfer money internationally. However, the percentage ranges do overlap. For example, we paid XE.com a percentage between 0.18% and 2.33%. The percentage varies depending on the transfer amount as well as daily spread fluctuations. XE.com is not always better then Transferwise.com, and vice versa.

As a matter of fact, the reason XE.com wins is because it doesn’t actually charge any per-transaction service fee. In contrast, Bank of America charges $35 per transfer, which makes it the most expensive provider for transactions of this size (tens to thousands of USD).