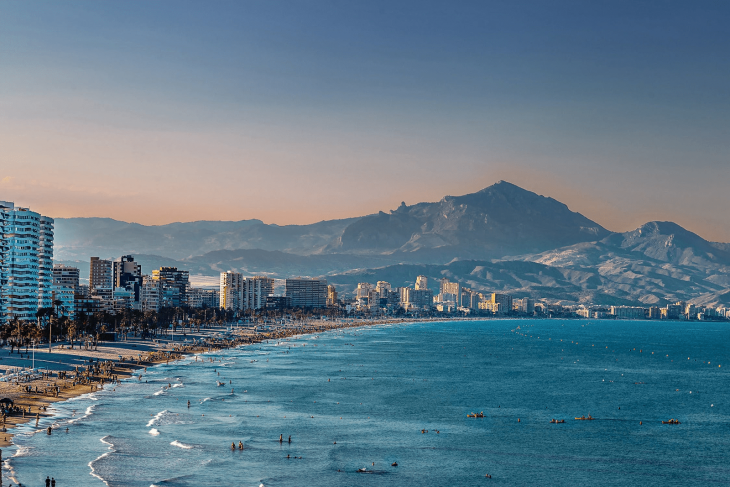 Nearshoring by definition is the delegation of business operations to nearby countries. In other words, it is basically outsourcing, except it focuses on outsourcing to countries close to the business’s country. For example, an American company passing their business operations to a company in Canada or Mexico would be considered nearshoring. Nearshoring is a trend that has been growing significantly these past few years, especially in the tech industry, which is why this article will explore the pros and cons that make nearshoring so popular. 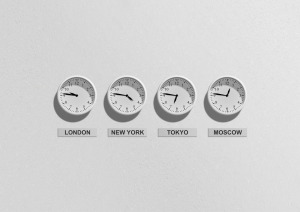 Outsourcing to a nearby country means you will both be in a similar time zone. For example, outsourced work becomes easier to manage as both parties will be active at the same time. This means one can have daily meetings or easier face to face meetings to keep track of progress. This would make it easier to track and visualize the progress and create a working relationship by further understanding each other’s needs. For instance, it would be easier to work with someone you have met and know. Additionally, outsourcing to another country like India means your counterparts will be sleeping while you are active, and vice versa. Basically, you would have to wake up quite early or leave work way later than usual to communicate with them. Hence time zone is one of the vital reasons many companies nearshore their tech development. 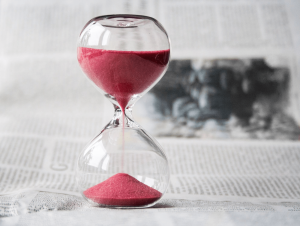 In addition to fluid management and controls, there is also an indisputable quicker response time. This is because when both parties can quickly communicate and solve problems as they are both active at the same time. Let’s say an American company is experiencing a bug on their software, and don’t have the time or resources to deal with it. The company would be able to inform the nearshore office and receive a speedy response or solution. On the contrary, if this outsourcing office was in China, you would not get a response until their offices open hours later. This increases productivity, as it lowers downtime, and reduces losses. For example, a faster response time for a phone application means the problem is solved quicker, reducing the probability of uninstalls due to bugs. Essentially, nearshoring ensures quick communication, which is quite valuable in today’s digital age. 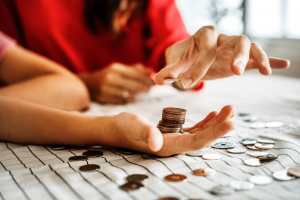 As explained before, nearshoring leads to better management, and faster communication, which saves a company a lot of money. However, another factor that contributes to its cost-effectiveness is that talent and labor in other countries may also be cheaper. For example, hiring full-time software developers from the US can dig a large hole in the company’s funds. However, there are software developers, with the same expertise from nearby countries like Mexico, who can do the same operations at a much more reasonable rate. Hence, if you are a startup and don’t have as much capital, nearshoring is one of the best ways to ensure business operations are running smoothly at an affordable cost. 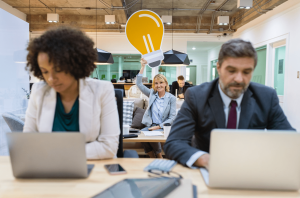 Talent not only resides in all corners of the world, especially with technology and software development. By nearshoring software development or your business operations, American companies can leverage talent from other countries. In fact, some companies may even learn a thing or two, as the different environments foster different ideas and solutions. Additionally, nearshoring is a great way to test new talent for further employment. To illustrate, imagine a company has a nearshore team working on developing an application for them. If the external team does a great job and the company enjoys working with them, they could ultimately hire the external team into the company. This is because no one else would be better to work on their application than the ones who developed it. In other words, it is a great way to diversify your company’s talent and foster new ideas that can grow your company. 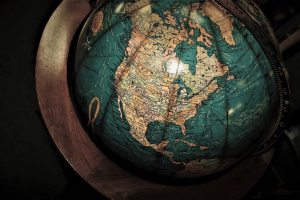 When it comes to countries in Asia, there is a huge cultural difference with the US. This could result in misunderstandings and complications that would slow the company’s operations. For example, there is a language barrier, which would make communication between teams harder. Even if there is translation going on, it is usually not 100% accurate. Additionally, different cultures may also have very distinct work ethics and ways of operating, further hindering effective and efficient collaboration. On the other hand, there would be fewer cultural differences if an American company were to nearshore their operations to Canada or Mexico, as they are neighbors after all. For example, many nearshoring companies like Jonajo Consulting (having part of their operations in Mexico) hire English-speaking employees. 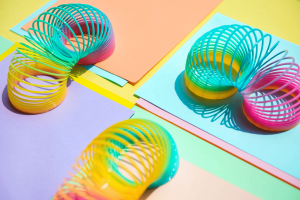 These last two factors are general advantages of outsourcing. Nonetheless, they are still pros that a company experiences when leveraging nearshoring. When a company nearshores their software or business operations, they are freeing themselves from those responsibilities. This means the company will have more time, and flexibility to focus on other aspects of their business. For example, a company would be able to focus its resources on the big picture, such as ways to improve their product/service, marketing strategies, or outlines of growing their business. In other words, the company would be able to greatly focus on the core business that guides their company, while the nearshore company works on developing your ideas.

No Relocation With Nearshoring 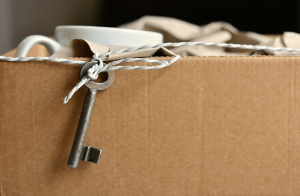 At last, another major advantage companies consider when nearshoring is that it requires no relocation. This means the company does not need to invest heavily in new assets like moving to a new office in another country. In fact, these companies would benefit from all of the previously mentioned advantages from the comfort of their original main office. 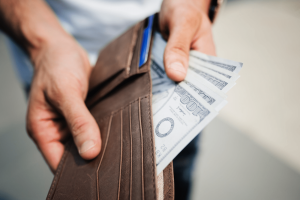 Although nearshoring may be less expensive than conducting business and software development operations in-house, it is not necessarily cheaper than offshoring to countries further away. This is because if we consider it from an American company’s perspective, the countries they would nearshore to would be Canada or Mexico. This may be more economical than hiring Silicon Valley developers but is still more expensive than Indian or Chinese developers. 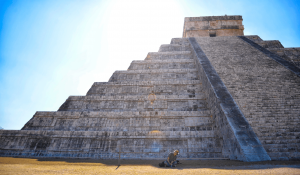 There will always be a certain amount of cultural differences. For example, between the US and Mexico, one speaks English and the other Spanish. Hence, this may already create miscommunication between the team. However, this issue is actually not that major, as many schools in Mexico do heavily teach English. Another example of cultural differences is also the different traditions and festivities. In fact, they have many distinct holidays, which are celebrated on different days. Hence, teams will have to work around all these dates to communicate and work properly, limiting their business operations. Additionally, there are many more differences, from ways of communication to work habits, which this article cannot entirely explore. Nonetheless, one should always consider these types of differences when working with teams from other cultures and countries. 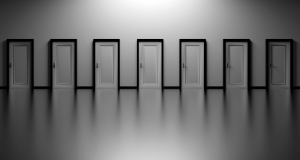 This drawback is self-explanatory as a company will have fewer options to pick from when nearshoring. This is because when you nearshore, you are limiting yourself to suppliers that are geographically close to your region, leaving out countries on the other side of the world. This limits your options, making it tougher to find the right partner for your company. 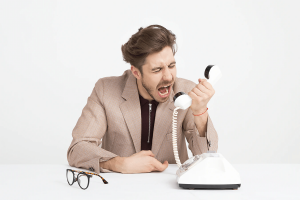 It is simple to communicate with each other when working in-house. However, if you are working with a team from another company in another country, there may be less communication. Nevertheless, this disadvantage can be diluted by using daily meetings or having face to face meetings every now and then. 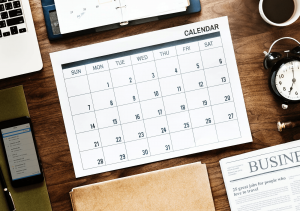 Deadlines and projects may also be harder to sync up. For example, the lower communication between two teams from separate countries and cultures make matching deadlines more complicated. In fact, if you take into account the distinct national holidays, syncing deadlines becomes much more of a headache. Of course, this can be diminished with planning. 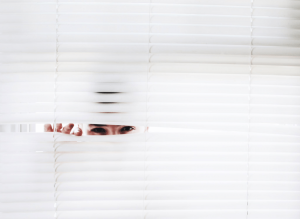 In general, there are secrets that a company may not want to share. However, one may need to share some secrets when delegating some business processes to an external company. Hence, companies with secrets they don’t want in competitor’s hands would need to be more alert when nearshoring. Yet, there are many solutions to this. One is to obviously not delegate functions that need secrets to be completed.  Another option is to delegate small functions, not the full processes, to various companies. This makes it harder for an external company to figure out your complete “secret sauce”. This is a strategy companies like Boeing employ when building their aircrafts. They outsource different parts of their planes to different factories (one builds the cockpit, while the other creates the wings). Hence, these external companies never know how to build a complete plane, maintaining Boeing’s aircraft design a secret.

Everything considered although nearshoring does fall short on certain aspects, it has many more advantages that mitigate them. This makes this type of outsourcing quite favorable for many companies in today’s busy market. Thus, if one truly wanted to take complete advantage of the benefits of outsourcing, one would want to heavily consider practicing nearshoring. I hope this article has informed you better about nearshoring, so you can determine whether it is the right move for your company or not. Feel free to explore our landing page and discover the benefits of nearshoring.